A fisherman holds up a groper he caught off the coast of Catia La Mar. (Photo: teleSUR)

Close to 294 billion bolivars and US$463 million will be invested in strategic alliances, signed between Venezuela's Bolivarian government and national and international businesses.

The deal looks to revitalize Venezuela's fishing industry and local fishermen hope that the deal will benefit them in the near future.

Minister of Popular Power for Fisheries and Aquaculture Angel Belisario said that the process began in July 2016 with a public call for private sector participation and the recovery of 54 buildings owned by the state, including fish processors, ice mills, fishing fleets, docks, dams, workshops and warehouses.

"I think that Venezuela will soon earn more export dollars," said Omar Correa. "There is already some export taking place. But this can help take it further." 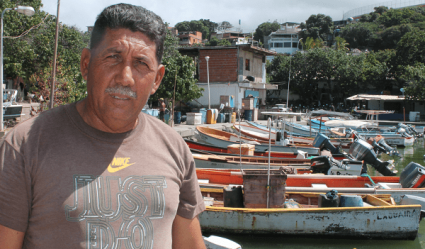 Correa pointed out, however, that the alliances do not necessarily focus on small fishing villages, like Catia La Mar. He said the benefits are limited, including possible tax cuts and assistance with boat machinery.

In 2009, late President Hugo Chavez signed a decree stating that only artisanal fishing could be practiced throughout the Venezuelan coastal zone. Through the Fisheries and Agriculture Law, the state ensured the protection of marine biodiversity and the regulation national fishing activity.

The decree was an anti-capitalist move that not only protected the incomes of small fishermen but restricted industrial trawling.

Minister Belisario says the government is striving to maintain quality levels, in line with what is required in the strategic alliance agreement. 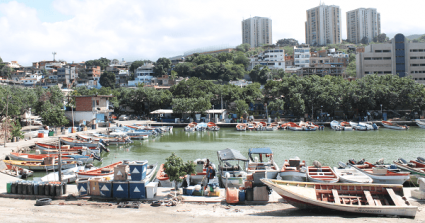 "This is how we maintain a healthy relationship for both sides, which together with hard work, should lead us to prosperity."

With this latest initiative, President Nicolas Maduro and his administration is continuing on a path that will move away from oil dependence, by diversifying Venezuela's economy, win the economic war and provide stability for the people.

Aug 4th 2017
Venezuela’s troubled currency has lost twice its own value over the past two months, according to the latest black market data.

Oct 3rd 2016
Workers at the state fishing company PESCALBA protested Thursday against an alleged decision by the Venezuelan government to privatize the public enterprise.

Apr 19th 2014
In the early hours of last Wednesday morning, the heads of the fishing industry workers' unions of Sucre state announced their request to be incorporated into...

Mar 28th 2010
On Friday, Ecuadoran and Venezuelan officials created a series of bi-national companies to produce automobile lubricant and food, and progressed on plans for...

Oct 18th 2021
Caracas has suspended its participation in the talks in protest, as well as reversing house arrest orders for the “CITGO 6.”

Oct 13th 2021
UN Ambassador Samuel Moncada argued that US policy toward Venezuela had remained unchanged under the Biden administration.
END_OF_DOCUMENT_TOKEN_TO_BE_REPLACED