Lt. Danny José Subero (34) was brutally beaten and shot dead by a mob of opposition supporters who accused him of being a Chavista "infiltrator". (EFE)

Caracas, May 29, 2017 (venezuelanalysis.com) – Three people were killed in Venezuela over the weekend as anti-government demonstrations continued for a third straight month.

On Friday, Manuel Sosa (33) was reportedly shot in the neck during clashes between protesters and National Guard personnel in the Lara municipality of Cabudare. Sosa’s mother has blamed the death on state security forces.

The episode gave rise to fresh violence on Saturday. During Sosa’s funeral in Cabudare, a retired National Guard lieutenant was brutally beaten and shot dead by a group of other attendees who allegedly accused him of being an “infiltrator”.

According to the MP, Lt. Danny José Subero (34) was present at the event with his motorcycle “when he was approached by a group of people who beat him with blunt objects in different parts of his body and shot him various times”. His motorcycle and his other belongings were subsequently burnt “in their entirety”. The MP has commissioned a state prosecutor to investigate the case.

The killing sparked condemnation from National Ombudsman Tarek William Saab, who called the murder a “hate crime” and urged “exemplary punishment against the criminal lynchers”.

Venezuelan President Nicolas Maduro confirmed Sunday those responsible for the murder had been identified and would soon be brought to justice. He also took the opportunity to hit out at Organization of American States (OAS) General Secretary Luis Almagro, who has yet to issue a statement on the homicide.

“Where is the voice of the OAS when crimes like this are committed?” the president asked.

On Saturday, Almagro published a tweet denouncing the “murder of Manuel Sosa at the hands of the regime,” notwithstanding the ongoing MP investigation into the case.

Venezuela’s right-wing opposition has condemned the murder of Subero despite repeating the unsubstantiated accusation that the retired lieutenant was a Chavista “infiltrator”.

“I condemn the murderous violence of the regime and I condemn the lynching of an infiltrator in Lara. Pain cannot turn us into what we are fighting,” declared National Assembly Vice-President Freddy Guevara via his official Twitter account.

The incident is the third instance of Afro-Venezuelan men being taken for “infiltrators” and attacked by mobs of anti-government protesters in recent weeks. On May 18, Carlos Ramirez was beaten and set on fire by demonstrators shouting “he has to die because he’s Chavista”. Orlando Jose Figueras was likewise burned alive by opposition supporters two days later and is currently in a coma.

The weekend’s violence continued in the eastern state of Anzoategui, where Cesar David Pereira (20) was shot during a protest on Saturday. The opposition Popular Will party activist was reportedly wounded by a marble in Lechería and subsequently died in the hospital on Sunday morning.

National Ombudsman Saab took to Twitter to condemn the “despicable crime” and report that he had spoken with forensic police and regional National Guard authorities to guarantee an “objective and impartial investigation”.

The top human rights official additionally expressed concern over the “systematic use of homemade weapons whose munitions of marbles, ball bearings, and nails have been indiscriminately used in violent acts”.

The MP, for its part, has ordered state district attorney Luis Gonzalo Galindo to open investigations into the death.

The latest deaths coincided with fresh attacks on public property and government personnel over the weekend. 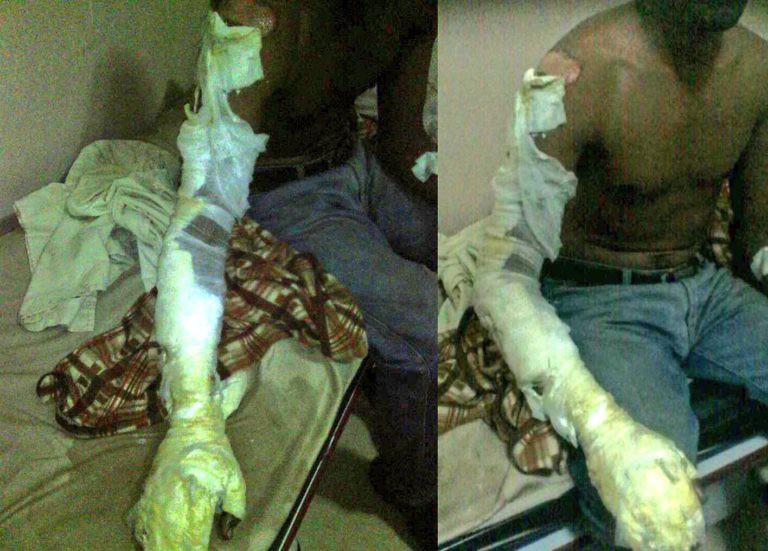 The government workers were reportedly involved in transporting food to the nearby town at the time of the attack. (@CesarTriana_)

On Friday, protesters set fire to various vehicles as part of anti-government barricades, including a public bus providing free transportion service for senior citizens between Caracas and Guarenas. 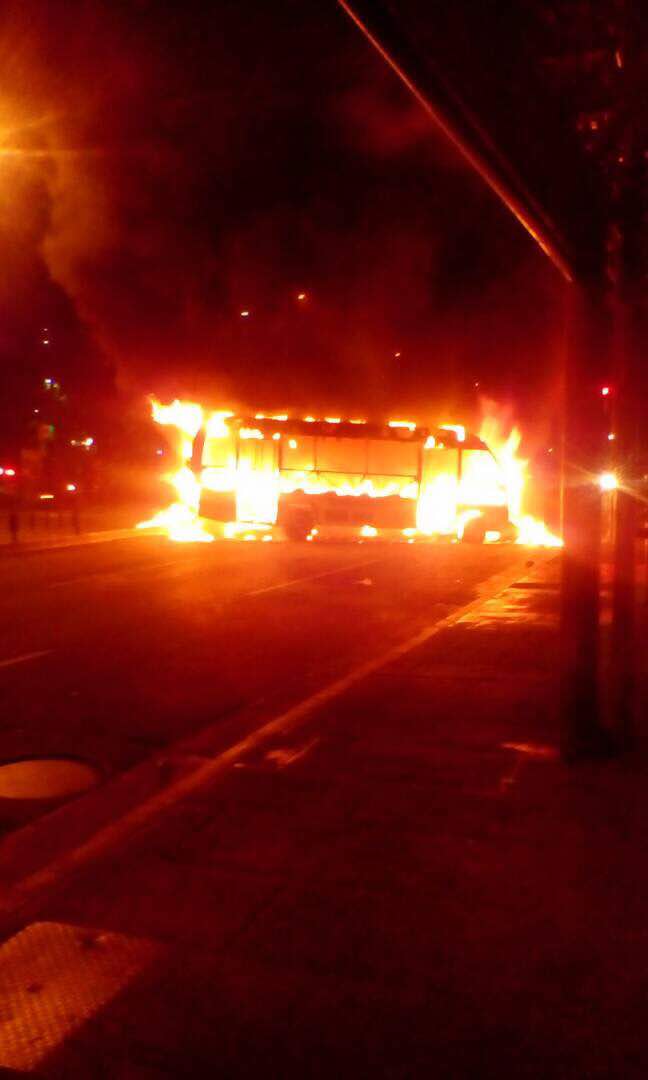 A government-run bus providing free service for senior citizens was torched in the eastern Caracas neighborhood of Altamira. (@estebansanbo)

Sixty-eight people have been left dead and over a thousand injured since opposition protests began on April 4.

Despite the announcement last week that regional elections will be held on December 10, the opposition has vowed to remain in the streets until all of their demands are met, including holding snap presidential elections not due until 2018.

May 29th 2017
The man set on fire in Caracas might be the perfect symbol of the country’s runaway opposition.

May 26th 2017
Venezuelan prosecutors announced Thursday they will be pressing charges against three police officers accused of involvement in the death of a student in...

May 23rd 2017
Six more people were killed in Venezuela Monday amid nationwide opposition attacks on public institutions and government personnel.

Jan 29th 2023
Besieged by imperialism, a remote commune projects a better future based on solidarity and the commons.
END_OF_DOCUMENT_TOKEN_TO_BE_REPLACED