A man accused of being a supporter of President Nicolas Maduro was doused in gasoline and set on fire by opposition protesters Saturday. (Marco Bello/Reuters)

Caracas, May 22, 2017 (venezuelanalysis.com) – Venezuelan President Nicolas Maduro condemned the latest round of opposition violence Saturday that saw one youth set ablaze by protesters.

Speaking on his weekly Sunday television program, the head of state denounced as a “hate crime” a brutal attack on a man accused of being a “Chavista infiltrator” at an anti-government demonstration in the affluent eastern Caracas neighborhood of Altamira.

“They doused him with gasoline, they burned him alive. What does [Organization of American States General Secretary] Luis Almagro say? What does [Colombian President] Juan Manuel Santos – who every day opines about Venezuela – have to say? What does Donald Trump say?” he stated.

In graphic video footage circulated on social media, Orlando Jose Figuera (21) is shown being beaten to the ground by a mob of over 40 predominately masked demonstrators who subsequently set him on fire.

According to the president, Figuera suffered first and second degree burns on 54 percent of his body as well six knife wounds in his stomach. He is currently undergoing treatment in El Llanito hospital. A local district attorney has been assigned to the case.

The incident occurred during another day of anti-government protest that saw opposition supporters attempt to march on the Ministry of the Interior in downtown Caracas, despite lacking a permit for the route.

The march was preceded by a speech by Miranda Governor and former opposition presidential candidate Henrique Capriles in which he called Maduro the “the biggest motherfucker in the country”.

“We will remain firm until this corrupt narco-dictatorship leaves Venezuela, until we have the change we want… If we have to risk our skin, we will risk it!” he told the crowds.

Although the march began peacefully, the mobilization later devolved into violent clashes as demonstrators tried to penetrate police lines around the western Caracas municipality of El Libertador.

The weekend’s violence extended to other parts of the South American nation.

On Saturday evening, 23-year-old university student by the name of Edy Alejandro Teran Aguilar was shot dead during a protest in the western state of Trujillo.

According to a statement by Venezuela’s Public Prosecution, the incident occurred when “presumably various armed persons arrived on the scene and opened fire”. An 18-year-old man and a 50-year-old women were also wounded in the altercation.

Local opposition Mayor Jose Karkom, for his part, has blamed the death on "regime paramilitaries", though he did not offer any evidence to bolster the accusation.

The third district attorney for Trujillo, José Luis Molina, has been dispatched to investigate the case.

The latest killing brings the death toll in seven weeks of anti-government protests to at least 55, including eight confirmed deaths at the hands of authorities and eighteen people killed by opposition violence. The Public Prosecution has confirmed that at least 972 people have been injured in the unrest to date. 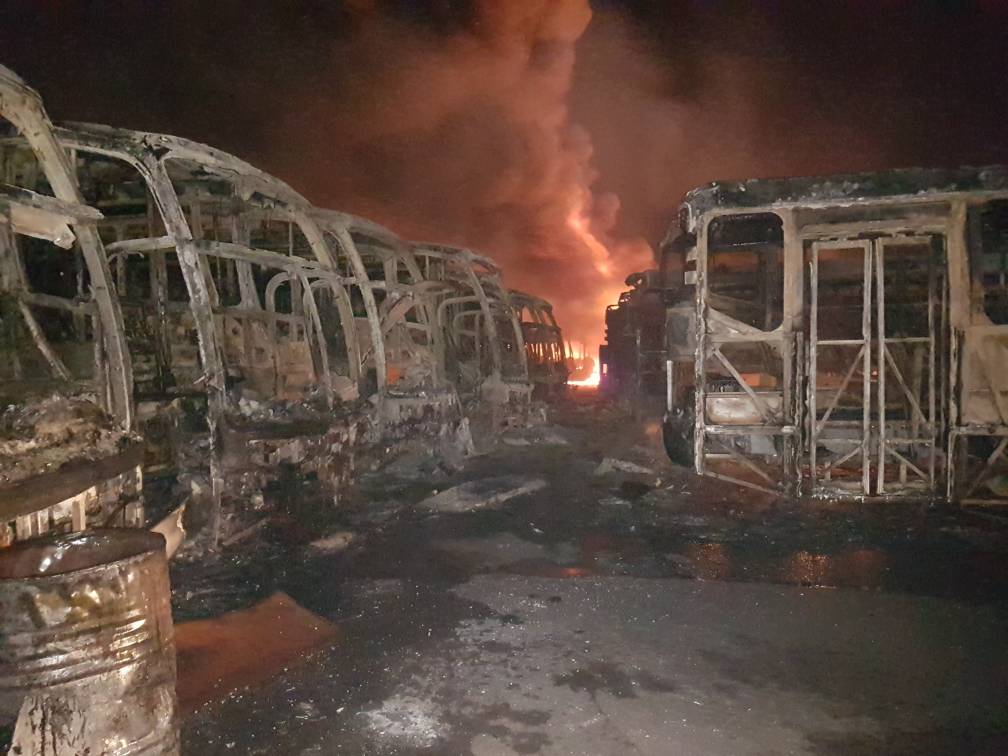 The Venezuelan government has previously estimated that the opposition protests have caused the country at least US $140 million in damages.

May 25th 2017
Venezuela’s highest court ordered a group of municipal governments to ensure citizens can exercise their right to free movement, including by clearing critical...

May 19th 2017
Another Venezuelan police officer has died Friday after allegedly being shot by opposition protesters, while unrest continued in the states of Miranda and...

May 18th 2017
A maternity hospital was attacked in Miranda state Wednesday as the death count in seven weeks of violent anti-government protests ascends to 53.