Caracas, April 11, 2017 (venezuelanalysis.com) – Forty people were arrested Monday in another day of opposition protests that saw demonstrators clash with authorities and destroy public property in Caracas and other major cities of the South American nation.

The march is the latest in over a week of demonstrations called by the right-wing opposition coalition, the MUD, to demand the Maduro government push forward presidential elections constitutionally mandated for 2018.

In Caracas, opposition supporters once again attempted to march from the wealthy eastern municipality of Chacao to the National Ombudsman’s office in the heavily pro-government zone of central Caracas, despite failing to receive the necessary permit from El Libertador Mayor Jorge Rodriguez.

Clashes broke out on Francisco Miranda Avenue, El Rosal, and on the Francisco Fajardo Highway as authorities sought to prevent protesters from reaching the city center, where the government is hosting the fourteenth annual “Parks, Beaches, and Rivers Festival of Sports, Recreation, and Culture” in Los Caobos Park, just blocks from the National Ombudsman’s office. 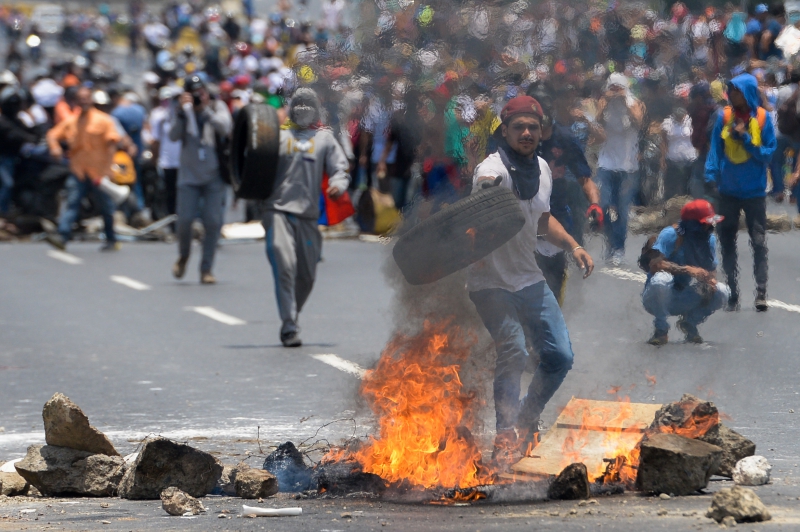 By late afternoon, the protests had largely died down with the exception of Chacao, where pockets of opposition supporters continued violent clashes with authorities until early evening.

In Chacao’s Altamira neighborhood, scores of demonstrators attacked a lone motorcycle-mounted police officer and robbed his vehicle. The incident was captured on camera by state television journalist Boris Castellano.

Other videos show opposition supporters again hanging steel cables across city streets in an effort to deter motorcyclists widely stigmatized as “criminals” by the opposition. Elvis Rafael Duran, 29, was decapitated by one of these cables in Miranda state during 2014’s violent anti-government protests, known as the guarimbas.

“In order to avoid continuing abuses against citizens, the Metro and other public transportation workers, we are suspending [service on the three lines] while the risk of terrorist attacks remain,” announced Caracas Metro President Gerardo Quintero.

According to Venezuela’s Public Transport Ministry, this past week’s opposition protests have caused over 15 million bolivars (USD $21,067) in damages to the nation’s public transit infrastructure, including Metro installations, transport units, as well as street and traffic lights.

Meanwhile, in the northwestern city of Barquisimeto, demonstrators reportedly set fire to a mobile clinic belonging to the Venezuelan government’s Nevado Mission, which provides free or low cost veterinary service to domestic animals. 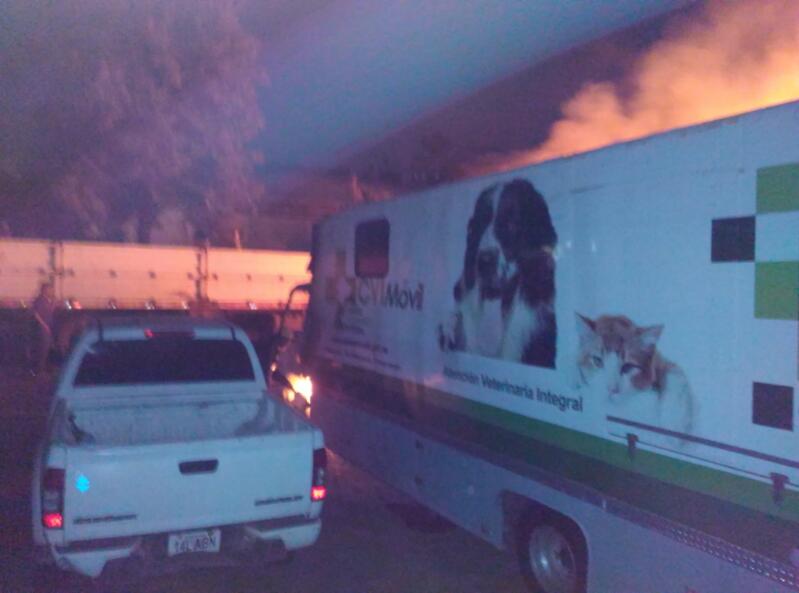 The mobile unit was parked outside the local Lara state office of the Venezuelan Food Corporation (CVAL) where several other vehicles were also destroyed. 28 people were evacuated from the building, which is also used as an overnight residence for Cuban doctors serving under the Venezuelan-Cuban Barrio Adentro Mission. 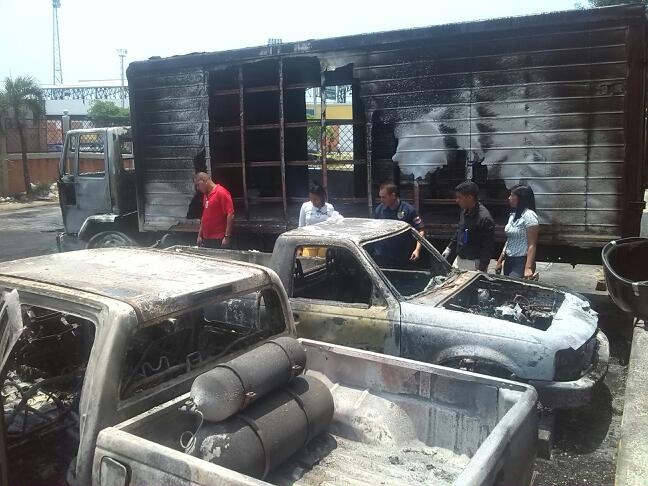 According to Venezuela’s Public Prosecutor’s office, a total of 40 people were detained during Monday’s mobilizations, including 18 in the Caracas metropolitan area, 20 in Lara state, and 2 in Miranda. The Interior Ministry has confirmed that seven of those detained in Caracas were in possession of 60 Molotov cocktails.

Venezuela’s Public Persecution is also investigating the death of Daniel Queliz Araca, who was reportedly killed by a bullet to the neck presumably fired by Carabobo state police during a protest in Valencia, though the circumstances remain unclear. The 34th national prosecutor has been assigned to case of the 20-year-old Arturo Michelena University student alongside the 35th and 28th Carabobo state attorneys.

The incident marks the first death of a protester in more than a week of repeated anti-government demonstrations.

On Friday, a police officer was indicted and jailed for the killing of Jairo Ortiz in Miranda state Thursday evening, though it was later revealed that the 19-year-old was not a participant in the day’s protests.

Venezuelan opposition leaders have vowed to continue the mobilizations until the government meets their demands, including holding snap general elections, releasing “political prisoners”, “respect” for the opposition-controlled legislature, and the allowing of humanitarian aid into the country.

Jun 7th 2018
Tortilla Con Sal looks at some of the similarities between the violent street protests in Nicaragua and those seen in Venezuela in 2014/2017.

Apr 13th 2017
The opposition need four things: to depict themselves as victims of a dictatorship which is punishing and pursuing them, to make people believe that they are...

Apr 12th 2017
Venezuelan President Nicolas Maduro placed a call Sunday for the National Electoral Council (CNE) to set a date for regional and municipal elections due this...

Apr 12th 2017
The father of a 19-year-old killed by Venezuelan police Thursday has spoken out against the use of the youth’s image in violent anti-government protests that...

Apr 11th 2017
The ALBA has rejected “attacks” against Venezuela, while Argentine President Mauricio Macri said his government would look to suspend the country from MERCOSUR...

Jan 14th 2022
A Venezuelan economist discusses the impact of the economic war on the Venezuelan people and the policies that should be implemented in the face of it.

Jan 13th 2022
President Maduro has confirmed the flexible quarantine will stay in place until further notice while reassuring that Omicron “will not be underestimated...