Venezuela’s opposition-controlled National Assembly will seek to remove the Supreme Court judges behind a controversial and since-reversed ruling that would have empowered the judiciary to carry out parliamentary duties, an opposition leader announced Sunday.

The bid to dismiss the justices will be largely symbolic, as the South American country’s top court has ruled that the National Assembly is in contempt of the constitution for failing to properly remove three lawmakers accused of election fraud, rendering null any decisions it attempts to make.

Nevertheless, the National Assembly, controlled by the right-wing opposition since January 2016, is set to debate the issue of the Supreme Court judges’ tenure early this week.

“The necessary removal process of these judges is going to begin in the session in the National Assembly on Tuesday,” opposition lawmaker Juan Miguel Matheus said Sunday from the parliament in Caracas.

The announcement comes after opposition supporters took to the streets Saturday in the capital city in marches with lower-than-expected turnout to protest against the government of President Nicolas Maduro and the Supreme Court decision, reversed the same day. While the country remained largely calm, several dozen anti-government protesters blocked a highway in Caracas amid widely disseminated rumors that top opposition leaders had left the country. 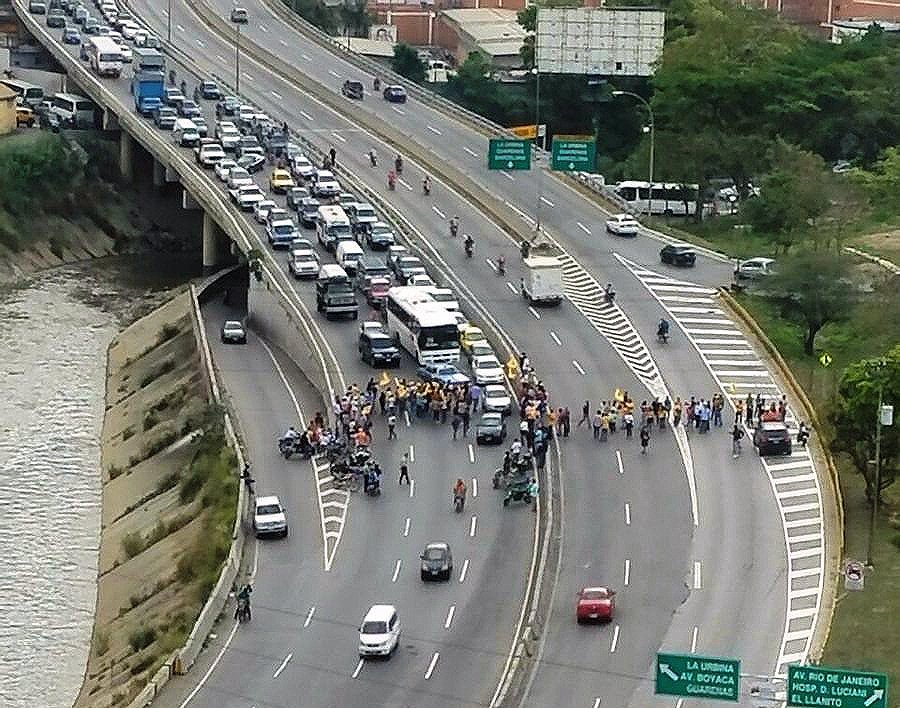 The ruling handed down Wednesday in a case related to the creation of a joint enterprises under the Organic Law of Hydrocarbons had stated that, "as long as the disrespect and invalidity of the proceedings of the National Assembly persists, this Constitutional Chamber will ensure that the parliamentary powers are exercised directly by this Chamber or by the body it has in place to ensure the rule of law."

The Supreme Court reversed and eliminated the provision on Saturday following a meeting of the country's National Security Council, which called on the body to review the decision.

But despite being overturned, the ruling — widely misrepresented in international media and by critics of the socialist government as a move to dissolve the parliament — continues to flare already high-running political tensions in the country as opposition leaders insist on calling it a “coup.”

“Despite a supposed retraction by the government after creating a 'coup d'etat,' and apart from the clarification by the Supreme Court, the coup persists," Matheus said. "The rupture of the constitutional order continues.”

Government supporters have hit back against accusations of a “coup,” pointing out that the parliament has a clear route to restore normal functioning of its political powers by properly removing the three lawmakers accused of committing election fraud.

Venezuela’s Supreme Court ruled in July 2016 that the National Assembly was in contempt over its inauguration of three lawmakers from the state of Amazonas who had been declared illegitimate due to electoral fraud charges.

Rather than properly removing the lawmakers to swiftly remedy the stalemate — which has led the Supreme Court to declare all National Assembly decisions null for months — since taking sweeping control of the Assembly in January 2016, the majority opposition parliament has largely focused on attempts to remove Maduro from office.

As the opposition symbolically targets the Supreme Court judges, international condemnation in the Organization of American States continues to keep Maduro’s Venezuela in its sights. Under the leadership of Secretary-General Luis Almagro — who has repeatedly sided with the anti-government opposition — the OAS was set to meet Monday to continue debate on invoking the Democratic Charter against Venezuela. However, the extraordinary session was cancelled last minute by Bolivia, which has just assumed the rotating presidency of the OAS Permanent Council.

Almagro and the OAS have been criticized over the past year over the hypocrisy of disproportionately targeting Venezuela while turning a blind eye to concerning political and human rights situations elsewhere in the region, particularly rampant state complicity in drug trafficking violence in Mexico and the parliamentary coup against Dilma Rousseff in Brazil.

Ongoing criticism from the opposition and its allies in the OAS comes after Maduro met Saturday with Attorney General Luisa Ortega, who had criticized the Supreme Court ruling as a “rupture in the constitutional order.”

In recent months, Maduro repeatedly has called for dialogue to remedy the tense political environment in the country.

Edited and with additional reporting by Venezuelanalysis.com.

Apr 1st 2017
The country’s top court took the measure following an urgent meeting of the National Security Council, convened this past Friday night by President Nicolas...

Mar 31st 2017
The country’s Supreme Court announced that it would temporarily assume the functions of the legislative branch until the body ceases to be “in contempt of...

Jan 31st 2023
“We ratify our commitment to the defense of human rights and the will to advance in the improvement of the justice system,” said Maduro.
END_OF_DOCUMENT_TOKEN_TO_BE_REPLACED