About 4,455 voting stations have been activated in the country's 87 electoral districts (AVN).

The simulation is to check that the system is functioning well, and to review the technical and logistical details.

According to news reports, the day passed without event. On social media, the simulation was referred to with the hashtag #SomosElVoto (“we are the vote”). 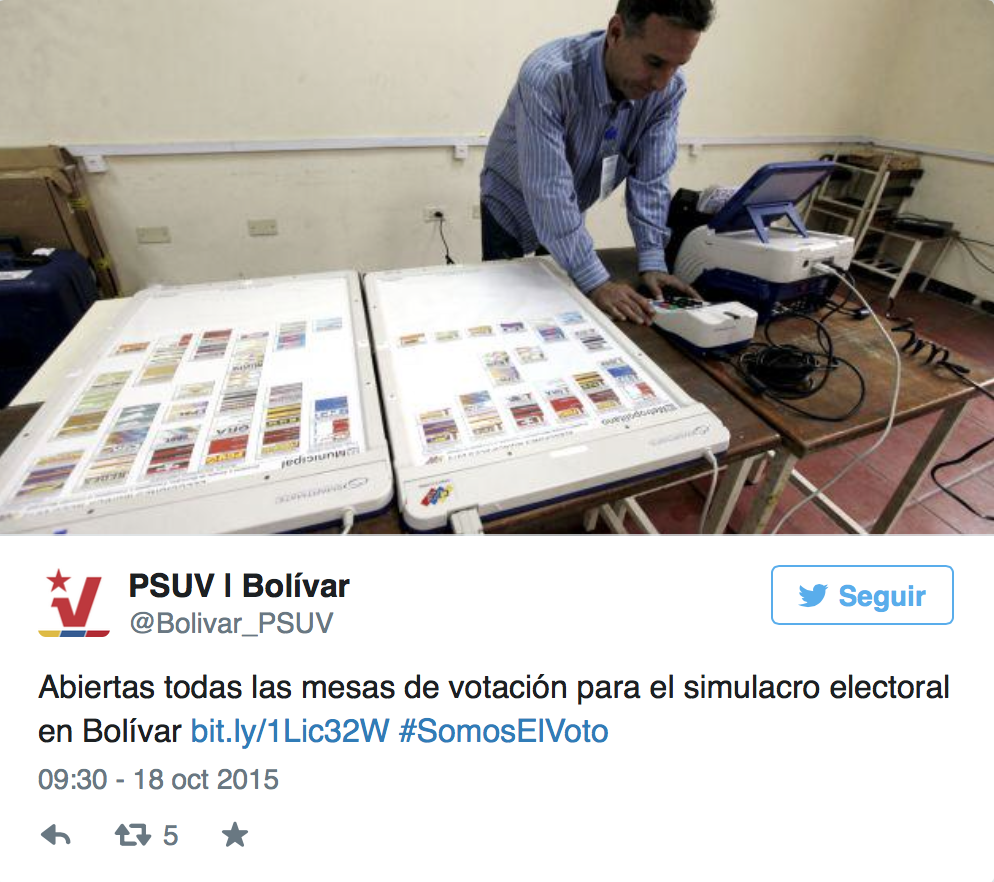 “All the poll stations in Bolivar [province] opened for the electoral simulation” - The Venezuelan United Socialist Party (PSUV) in Bolivar.

About 4,455 voting stations were activated in the country's  87 electoral districts. They opened at 8 a.m. and closed seven hours later, at 3 p.m.

Almost 20 million Venezuelans are registered and will be entitled to chose their 167 lawmakers on Dec. 6.

Nov 18th 2015
A delegation of the Union of South American Nations (UNASUR) arrived yesterday in Caracas to install their observer mission for Venezuela’s upcoming...

Aug 25th 2015
Although some Chavistas seem to think they have already lost the vote, there are signs that the popular sectors will not go down without a fight.

Feb 8th 2023
In his latest VA column, Iturriza argues that the Bolivarian Process needs to recover a historic thread that is currently broken.

Feb 1st 2023
A recent trip to the Venezuela-Colombia border had some good and bad surprises for VA columnist Jessica Dos Santos.
END_OF_DOCUMENT_TOKEN_TO_BE_REPLACED