Merida, 16th April 2014 (Venezuelanalysis.com) – A motorbike paramedic “almost died” on Monday as a result of nylon placed at the exit to a tunnel in Caracas, while an attack on a PDVSA oil tanker in Carabobo has seen the company cancel its services in the area.

Paramedic Wilbany Leon works for a transport ministry brigade to re-establish roads and provide emergency attention. He was attending to the El Paraiso tunnel when he said he was “attacked” by violent groups and the nylon cut his neck, but did not cause serious harm.

On 21 February this year Elvis Duran died when his throat was cut in Miranda state. He had driven his motorbike through a blockade with  wire placed across it.

Leon said that he feels “pain when eating or swallowing”. He said that while working, using a motorbike identified with the transport ministry, he was “recognised” by the violent groups, who “attacked” him and tried to stop him passing.  He said the groups were part of a “mobile guarimba” (violent disturbances and blockades) where cars would stop on the road and pour oil on the asphalt.

“We saw a lot of traffic, and because of the verification plan that the brigade has, we went to see what was happening, and that’s when we saw the group of guarimberos.  When we tried to move on, they jumped on me, the nylon damaged my windpipe,” Leon said.

Leon called on the opposition to “protest peacefully” and to end with the “terrorist acts. When we attend to people we don’t ask them if they are government or opposition supporters”.

Meanwhile, Venezuela’s state oil company, PDVSA, has announced that it will suspend petrol sales in stations in Naguanagua and San Diego, to the north of Valencia in Carabobo state.

PDVSA representative, Alfredo Gonzalez, said the company has taken the measure in order to protect the workers of the petrol stations, “and the people in general”.

On Monday violent groups stole a PDVSA petrol tanker in north Carabobo, and set it alight. Fire fighters put the flame out, preventing a large explosion that would have affected the nearby residential buildings. It was the second such attack. In the first one last week in San Diego, the truck exploded, causing damages to the electrical system in the area.

Gonzalez said drivers in the area can fill their tanks in petrol stations nearby. 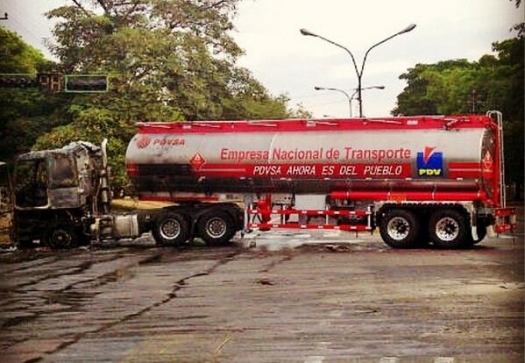 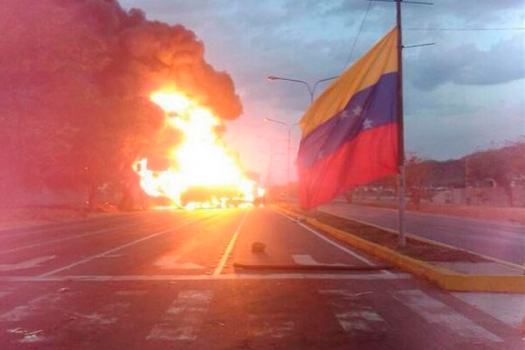 Apr 4th 2014
The Venezuelan government has accused opposition protesters of destroying thousands of trees, and pledged to increase funding for conservation groups and other...

Apr 3rd 2014
One of the ten people most wanted by Interpol in Spain was arrested yesterday in San Cristobal, while leading disturbances there, according to National...

Jan 31st 2023
“We ratify our commitment to the defense of human rights and the will to advance in the improvement of the justice system,” said Maduro.
END_OF_DOCUMENT_TOKEN_TO_BE_REPLACED