“Science and technology, in revolutionary society, should be at the service of permanent liberation, of humanisation”- Paulo Freire

The list of abuses and illogical uses of science today is a long one; there’s the global market for privately collected fossils which are inaccessible to the rest of humanity, pharmaceutical companies which prioritise developing drugs that need repeat prescriptions over complete cures for diseases like AIDS because they are more profitable, Monsanto developing infertile seeds so that farmers depend on re-buying them, car production and road construction prioritised over solar power, not to mention the role big oil companies, car manufacturers, and the US government had in sabotaging their own research into electric cars because they would have been easier to maintain and less profitable... and so on.

But in Merida city, Venezuela, people are developing telescope and microscope prototypes for the country’s health and education facilities. The Technological Centre for Research and Development of Optical Instruments and Parts (CTIDIPO) is a pilot project for the design, production, maintenance and repair of optical instruments.

The project is an initiative of the Centre of Astronomical Research Francisco J Duarte (CIDA), which is attached to the ministry of science, technology and innovation. And while the CIDA focuses on astronomy and astrophysics research, including Merida’s observatory and an astronomy bus for schools and cultural events, the CTIDIPO provides free technical and maintenance services to public services such as the Central Diagnostic Health Centres (CDIs). At the plant in Merida they are currently producing ten telescopes every three to four weeks, with aim that the best of these prototypes can then be used to establish complete large scale production lines. 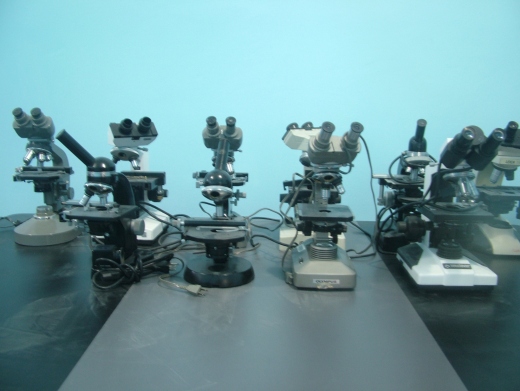 Above: Telecope prototypes from the CTIDIPO plant (Tamara Pearson/ Venezuelanalysis.com)

“The CTIDIPO project began in 2008, that’s when we started to write it up and signed an agreement with the INAOE [the National Institute of Astrophysics, Optics, and Electronics – Mexico]. In 2009 we sent ten Venezuelan technicians to Mexico to study, and from 2010 we started to purchase machinery. The past few years have revolved around finding this warehouse, equipping it, and negotiating with the Belarus state company SZOS. Everything you see here,” Sanchez said, indicating the plant, “we’ve been buying over the last few years”.

“In Venezuela we’re subjugated to the will of the large economic powers, especially the United States, so to build this centre, it was necessary to establish relations with brother countries like Belarus, which has a multi-centric perception of the world and understands the importance of technology transfer,” Sanchez said. He went to Belarus last year to choose machinery and for training, and a Belarus technician is currently at the CTIDIPO plant, helping with the installation and use of the new machinery. 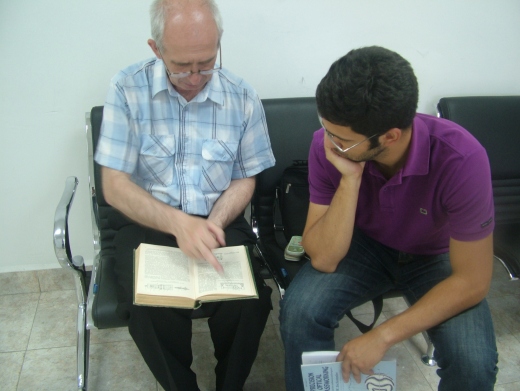 “Technological independence is important because we can then resolve our own needs, we don’t need to depend on anyone and we can even help other countries,” Sanchez said.

The project is financed by the National Fund for Science and Technology, and Sanchez explained it was originally oriented towards supporting the CIDA observatory, but later on had a change in vision, towards benefiting the population on a national level.

“In a way, this is a rehearsal, as we’re the first of the optics factories. We didn’t want the traditional focus of a research centre; we want people to have a sense of social belonging to what we do. The idea is that science should solve our problems,” Leal explained, emphasising ‘our’.

Furthermore, the project has an education plan for students. “We recently awarded twenty overseas scholarships, and the students study the technical side of things, but also receive political-social education, and when they return to Venezuela they will work with us,” Leal said.

“This project is about the creation of human talent. That is fundamental. This productive space, in the future, could be for doctorates in optics, and support universities. We also donate telescopes to public schools. Astronomy is important; it gives children a larger perspective on life, and creates curiosity, encouraging them to study other aspects of science,” he said.

However, the project has faced some of the problems that are too common in the Bolivarian revolution. “We’ve faced the usual obstacles; bureaucracy – decisions are made in Caracas and sometimes we have to wait a long time for an answer from there, the administrative processes are slow and there have been some problems when authorities change around,” Sanchez said.

When I asked Contreras about working conditions and worker participation, he said that workers receive all the benefits stipulated in the new labour law, such as food tickets, insurance, vacations, end of year bonus, and so on, and are paid on time. “In my opinion there are no problems, but it’s also true that the technicians earn less than the administrative stuff, and it shouldn’t be like that. But that’s not just here, unfortunately that’s the case in all the science institutions, and sometimes the coordinator makes decisions without consulting us,” he said.

Sanchez also argued that it was a problem that some of the technicians had been on scholarships for three years- meaning a lower income, though they have now finally been contracted.

The CTIDIPO has been working with two nearby communal councils. “We’re starting to develop activities together, we’re putting the dot-circle principle into practice,” Sanchez said. The principle, an idea insisted on by the late president Hugo Chavez, is where all state initiatives and public works have an impact on the surrounding communities, helping them with projects that they themselves say they need.

“The idea is that in the medium term future the communities can get involved in the productive process, in the painting, the woodwork, distribution and packaging. We want to build a socially owned company [EPS] in the community- soon we’ll give them a workshop on EPSs, that’s our next step, and bring the community development plan up to date,” Sanchez said. 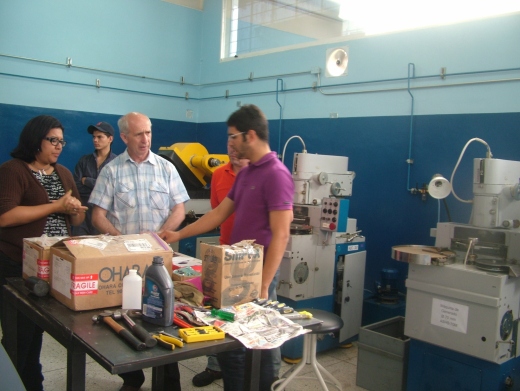 Above: New machinery in the CTIDIPO plant (Tamara Pearson /Venezuelanalysis.com)

The Venezuelan government launched its Science Mission in 2006, and by 2007 2.69% of Venezuela’s GDP went into science, compared to 0.39% in 1998, and higher than all other countries in Latin America. The mission aims to democratise the sciences and create an independent national model of development. It creates and supports scientific projects with communities, and seeks out “grassroots technologists who are inventive, but who don’t have the resources to develop their ideas”.

The list of other scientific initiatives and projects promoted by the Bolivarian revolution and the Venezuelan government is a very long one. To mention just a few; there’s the CIEPE, a research centre for agricultural production which conducts food studies looking at nutritional benefits, native fruits, vegetables, nuts, and fish, and the best ways to grow food under Venezuelan conditions. It is also studying how national primary materials such as sugar cane, rice, corn, and roots, can be used to produce biofuels. The Venezuelan Institute of Scientific Research (IBIC) is investigating the use of stem cells for tissue renewal and conducting other medicinal, anthropological, biochemistry, ecological, agro-forestry, physics, engineering, and ocean science research.

Then there’s Cenditel, the National Centre for the Development and Research of Open Source Technology, which develops, promotes, and teaches the use of open source hardware and software. It has recently created the website “Free Knowledge” (conocimiento libre) to facilitate debate over the role of science and technology in national politics. There, contributors have so far argued that technology can’t be neutral, and that even the laws governing technology and science have political meaning. Contributors have discussed the “artificial scarcity of knowledge” in the capitalist market, and ways to become free from the “dictatorship of software”.

“Without science and technology this revolution wouldn’t be sustainable. That’s why it’s extremely important that we are capable of developing technology, and that we don’t just dedicate ourselves to consuming it,” Morella Barreto, executive secretary of science mission, told AVN.

Jan 3rd 2014
Thanks to the Creative Classrooms Program called I like Robotics, that the Venezuelan government is promoting, children between the ages of eight and twelve...

Mar 7th 2012
Yesterday a range of Venezuela’s scientists, innovators, and researchers met in the Institute of Advanced Studies (IDEA) in Caracas to share their most recent...

Jul 15th 2009
The Venezuelan government and a grassroots technology movement here are both promoting the use and creation of open source (free) software, so it's no...

Oct 30th 2008
Venezuela's Satellite Simon Bolivar, also known as Venesat-1, was launched Wednesday at 12:25 pm Venezuelan time, from Xichang, China. It will be used to...