In the New Statesman on 25 January 2013, a special feature entitled 'After Chavez' included contributions from two of The Guardian's former Latin America correspondents, Richard Gott and Rory Carroll, presenting opposing viewpoints on the current situation in Venezuela, and the political legacy of the Chavez government.

The New Statesman leader comments that, 'To some, [Chavez] is the last, best hope for socialism in an age of global capital; to others, he is an elected autocrat and demagogue'. Rory Carroll, it is noted, 'deems [Chavez] guilty as charged'.

Carroll depicts an ailing 'autocrat' leaving behind a 'disparate ruling coalition' and a 'warping economy'. Below is an analysis of Carroll's contribution, 'An Elected Autocrat', in which we have considered the premises behind a selection of his arguments and conducted some basic fact-checking, highlighting many inaccuracies in Carroll's analysis.

*News Unspun's comments are in blue. Venezuelanalysis has added some additional comments in red. Other issues have received much debate elsewhere, the details of which have not been reiterated in this analysis.

Scroll down to see the full article with added comments. 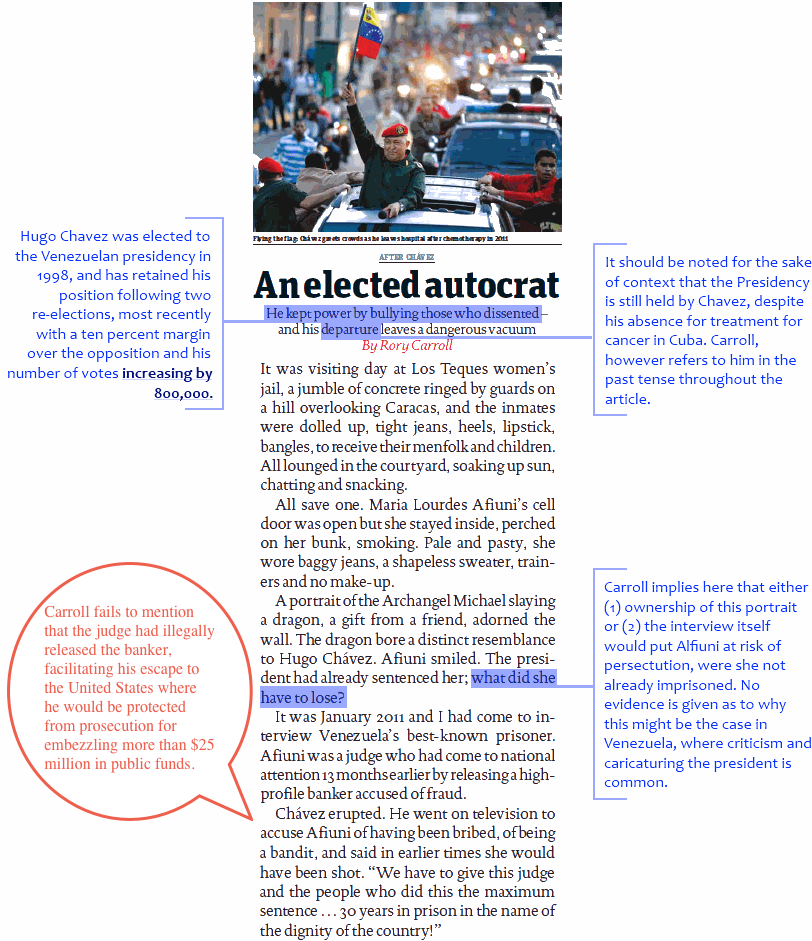 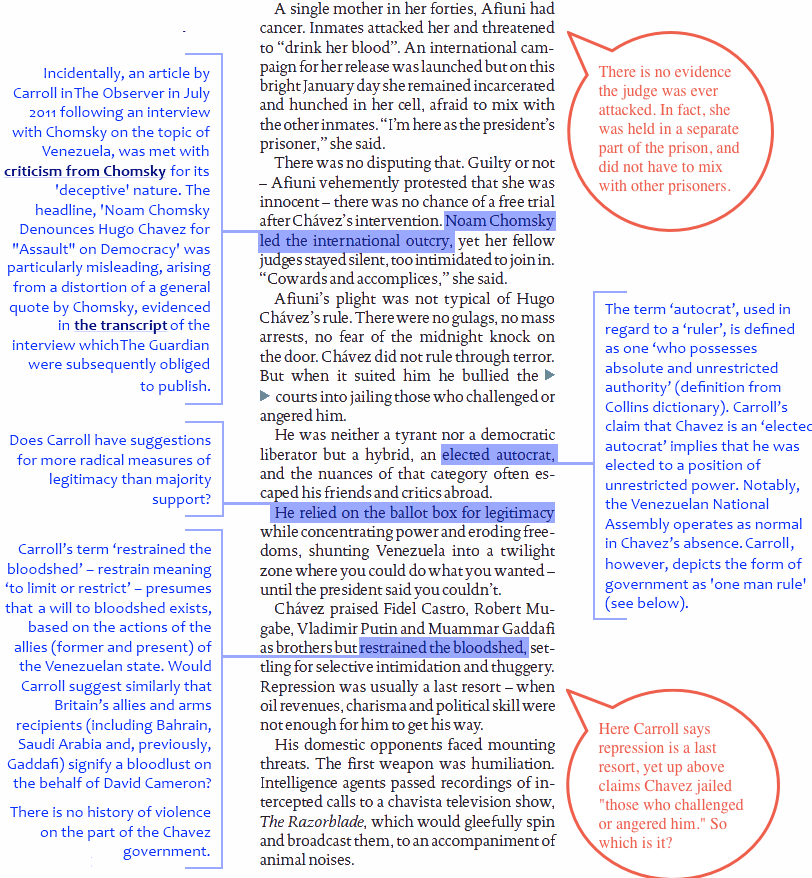 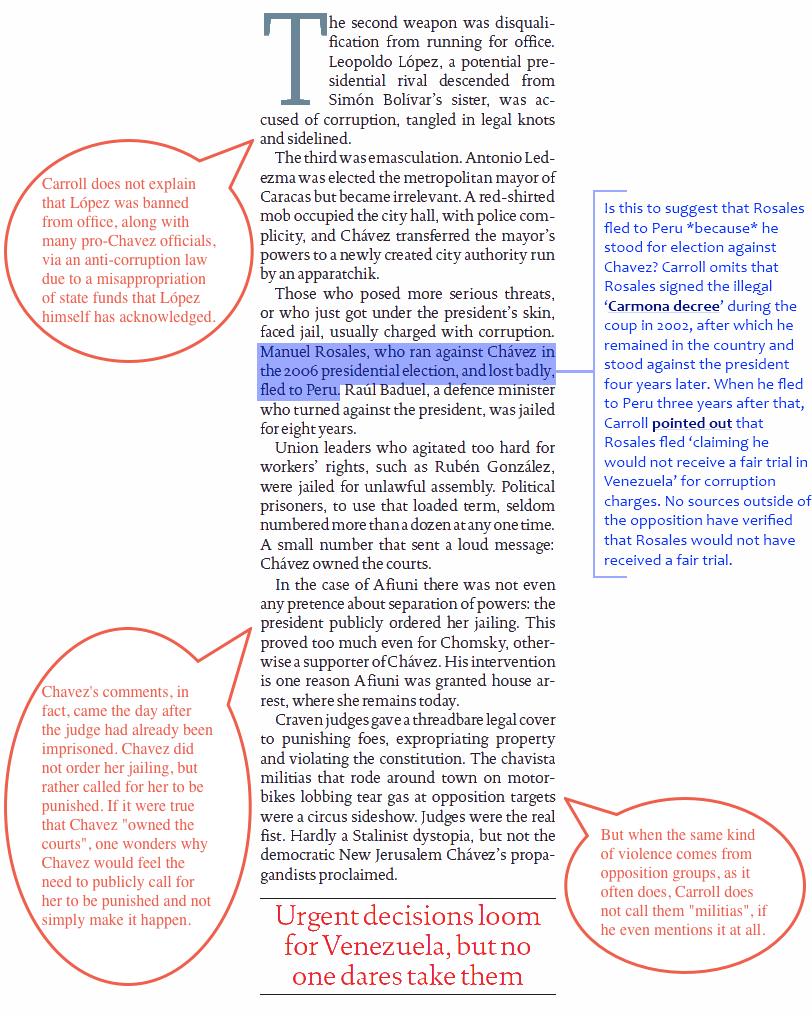 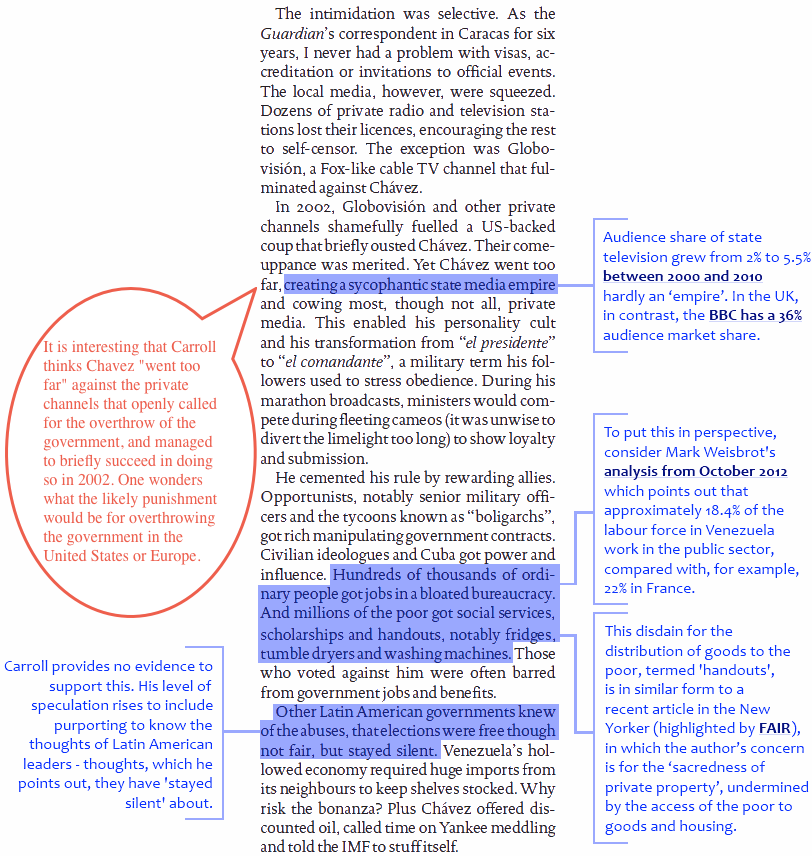 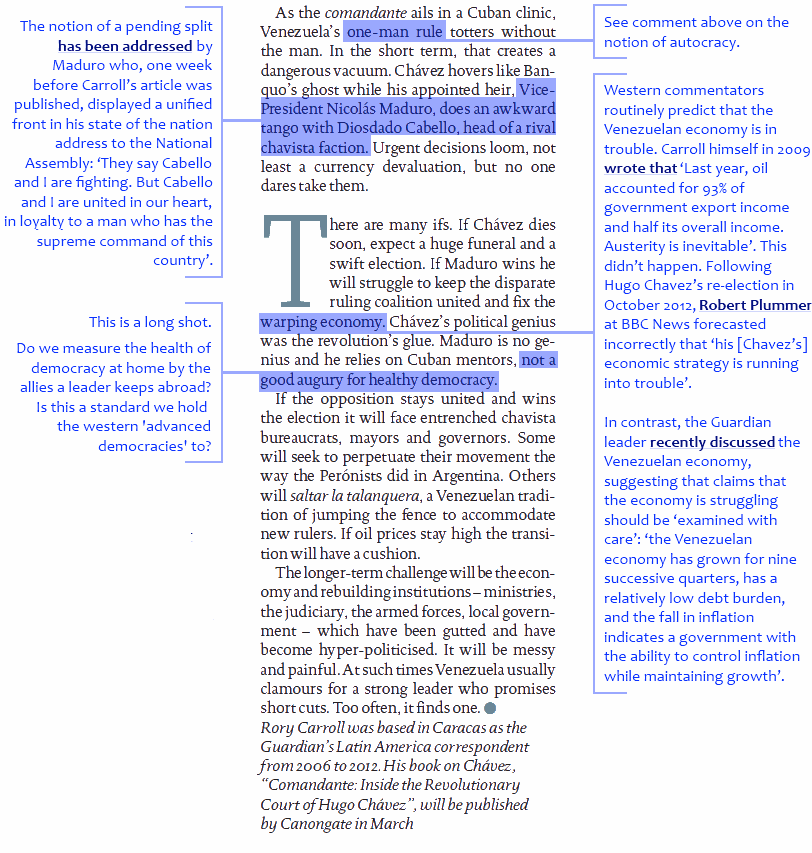 Jan 24th 2013
By printing an "exclusive" photograph purporting to show Chavez in hospital with a tube coming out of his mouth, which then turned out to be...

Jan 10th 2013
Despite 14 years of catastrophist predictions for Venezuela, oil wealth has been successfully turned to social purposes.

Oct 18th 2021
Caracas has suspended its participation in the talks in protest, as well as reversing house arrest orders for the “CITGO 6.”

Oct 13th 2021
UN Ambassador Samuel Moncada argued that US policy toward Venezuela had remained unchanged under the Biden administration.
END_OF_DOCUMENT_TOKEN_TO_BE_REPLACED