Umberto Vargas Medina stares out at me from under a flat cap. He has a smile which, although very controlled, illuminates his face with a youthfulness, despite the bushy eye brows and the slightly cracked voice. He speaks with energy, humility and a certain trepidation which is typical of older Venezuelan revolutionaries, who for the majority of the latter part of the 20th century had to live their lives in total clandestinity.

In his youth, Medina in particular had reasons to be tightlipped, although arguably he didn’t manage to be secretive enough. As a youth militant in the country’s outlawed Communist Party and then in the Revolutionary Party of Venezuela (PRV), he was judged in a military court and sentenced to 16 years in prison for his political work. 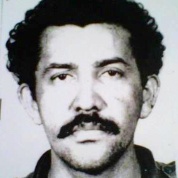 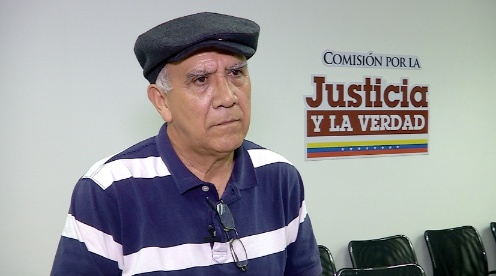 Umberto Vargas Medina, imprisoned for 4 years during the Fourth Republic.

Now in the Public Prosecutor’s Office where we are carrying out the interview, the only thing to rupture the stark continuity of the bare walls behind him are the words “Commission for Truth and Justice.”

Formed in February 2013, the commission was set up by and for people like Medina. Young men and women who, by Medina’s own judgement, had suffered the double crime of having been repressed and then made “invisible” by successive governments during the period of 1958-1998, now known as the Fourth Republic.

Talking to me about his work at the commission, Medina explains that there are four fundamental elements which orientate its work. The struggle for “truth, justice, memory and reparations,” for all of those who lost their lives, family members, limbs and mental wellbeing to the brutal and repressive practices of the Fourth Republic.

Whilst Medina speaks passionately about the work of the commission, he tightens when I ask him about his own personal experience. He might have served just four years of his prison sentence, but it’s clear that it had a deep impact. He is one of those people who appears to live their lives navigating the blurry frontier between past and present, but also happy to live in the limbo which was denied to many of his fallen comrades.

“Maybe... the Mexican students will eventually forget that 43 of them were disappeared 43, or they might forget the massacre of Tlatelolco. Nor can we forget the Amparo massacre (1988), or the huge massacre that was the Caracazo,” stresses Medina. 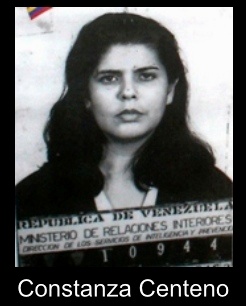 Constanza Centeno, another victim of the Fourth Republic

It seems almost absurd to suggest that people could forget the barefaced state brutality which just over a month ago led to the disappearances of 43 Mexican student teachers, also in a so called democracy. But that is exactly what had happened in Venezuela until recently.

Not so long ago, up until 1998 to be precise, the Venezuelan state routinely disappeared students, community activists, trade unionists and just about anyone who spoke out against it.

“It was a permanent, constant and systematic practice that the state previously used against anyone who dared to protest,” explains Ignacio Ramirez, Director of the Venezuelan National Federation for the Defence of Human Rights and the public attorney currently leading the investigations into Venezuela’s murky past. 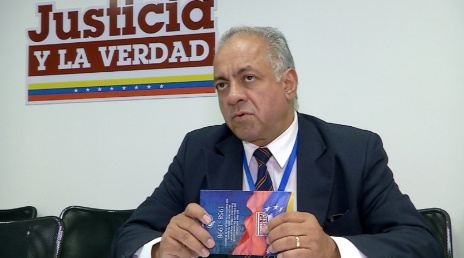 Ignacio Ramirez, Lawyer and Director of the Venezuelan National Federation for the Defence of Human Rights

Estimates currently place the number of deaths at the hands of repression during the Fourth Republic at well over 6000. In fact, investigations suggest that 3000 people alone were killed in the wave of repression which shook the capital following the riots known as the Caracazo in 1989.

At the moment, the figures are just beginning to pull at the edges of what is still an incomplete tapestry. The exact number of assassinations, disappearances and tortures is still largely unknown, precisely because up until now, no one has bothered to conduct investigations into the collateral damage left, not by a military regime, but by Venezuela’s pacted “democracy” - part of the structural and posthumous silencing of the masses of corpses still lying at undisclosed locations across Venezuela.

“At the commission, we are finding out new things all of the time,” researcher Aldemaro Barrios tells me. His work includes trawling through masses of formerly classified military documents.

“For instance, during the guerrilla struggle, the military used aerial bombardment over the Falcon mountain range. The policy they adopted was to bomb on site, and bomb anything that moved”.

“We have no idea how many people died this way,” he adds.

It is a context which is too frequently overlooked when analysing the significance of the Bolivarian Revolution, which emerged from this bloody and clandestine history, and which many former guerrillas and revolutionaries such as Medina consider to be a continuation of the struggle which they began.

It is also a context which explains the country’s rejection of “representative democracy” and its search for a participatory democratic model where power is directly in the hands of the people, and not simply entrusted to untrustworthy “elected representatives.”

In 1999, when President Hugo Chavez took the reigns of government, he did not inherit a functioning democracy in substance, but rather a democracy in name only, with a razor sharp and perfectly honed capacity for repression, which it often exercised against the population.

Dismantling this state has been one of the major goals and triumphs of the Bolivarian revolution. Although it is, of course, an incomplete process. As Barrios remarked, “We are no longer talking about a state whose existence is predicated on a policy of repression.” Rather, it is a state which has recognized that there can be no meaningful democracy where people are alienated from their own historical memory, and which has placed legislative power directly in the hands of the very people who suffered the repression of the Fourth Republic.

In October 2011, the country’s Law for the Punishment of Crimes, Disappearances, Tortures and other Human Rights Violations that Took Place for Political Reasons from 1958-1998 was also passed by the country’s National Assembly. It is another powerful legal tool which has paved the way for these previously hidden stories to come to light, as well as to the country’s courts.

So far the Commission for Trusth and Justice can claim a number of victories. It has brought several former security officials to trial where they have been found guilty of human rights abuses and homicide, including former police officer, Romero Sanchez Araujo, who has been handed a prison sentence of 30 years, and Remberto Uzcategui Bruzual, the former head of the country’s National Intelligence Service (DISIP), who is about to be sentenced.

Nonetheless, Medina is quick to point out that the commission’s main goal is to secure a “moral judgement” on those who carried out the repression, and a visibilization of the country’s true history. There is much to be done.

Last week, the commission announced that it will conduct a specialist enquiry into the particular history of student activists who were killed and tortured between 1958-1998 and who, for their principal role in supporting the urban guerrilla struggle of the 1960s and 1970s, were often on the receiving end of state repression.

“The student movement in Venezuela has always played an active role in the fundamental changes which the country has lived through,” states Ramirez.

Yet investigations into abuses against them “either led to nothing or they weren’t investigated at all” despite the “magnitude” of the violations.

The case that Ramirez is working on at the moment, the Tazon Case, was also previously stamped as resolved and left to discolour in an official’s drawer, despite the fact that on September 19 1984, the country’s armed forces opened fire on a group of students on their way to a demonstration, seriously wounding 35 and leaving many scarred for life.

Finishing our conversation, I naively ask Ramirez if the Tazon Case is a new discovery as a result of the commission’s ongoing investigations.

“This happened in 1984. It’s just that, at that time, we didn’t have the opportunity that we have now, to speak to a journalist from an international television channel. In fact, we took these testimonies to the TV and the press, nobody paid us any attention,” he said.

It’s only now, in direct democracy, that the people of Venezuela are starting to have the power and influence to demand justice and a history written in their own image. Hopefully one day the Mexican students will also have that right.

Oct 20th 2016
Venezuela’s Supreme Court issued a ruling Tuesday ordering the country’s the public prosecution to reopen investigations into the case of a law student...

Nov 18th 2014
The private and mainstream media's coverage of the disappearance and likely murder of 43 Mexican students and the developing protest movement against such...

Oct 2nd 2014
In the face of arrests, trials, and detentions of opposition and student leaders, allegations of political repression in Venezuela are circulating...

Apr 11th 2014
In an interview with the Real News Network, Edgardo Lander, author and professor of social sciences at the Universidad Central de Venezuela in Caracas, puts...

Apr 17th 2021
Grassroots organizations will now debate the legislation and suggest changes to the text.